Love letter to the sea

“The first precarious works were not documented, they existed only for the memories of a few citizens.

In the void between the two, the precarious and its non-documentation established their non-place as another reality.”

What Cecilia Vicuña calls “the precarious” or precario covers everything from what has been laid to the wayside by colonialism’s pruning shear, to what capitalism’s “machine of greed” deems as waste, to be discarded.

Jena Osman describes this precario as representing “the belief that “maximum fragility” can work against “maximum power.”” 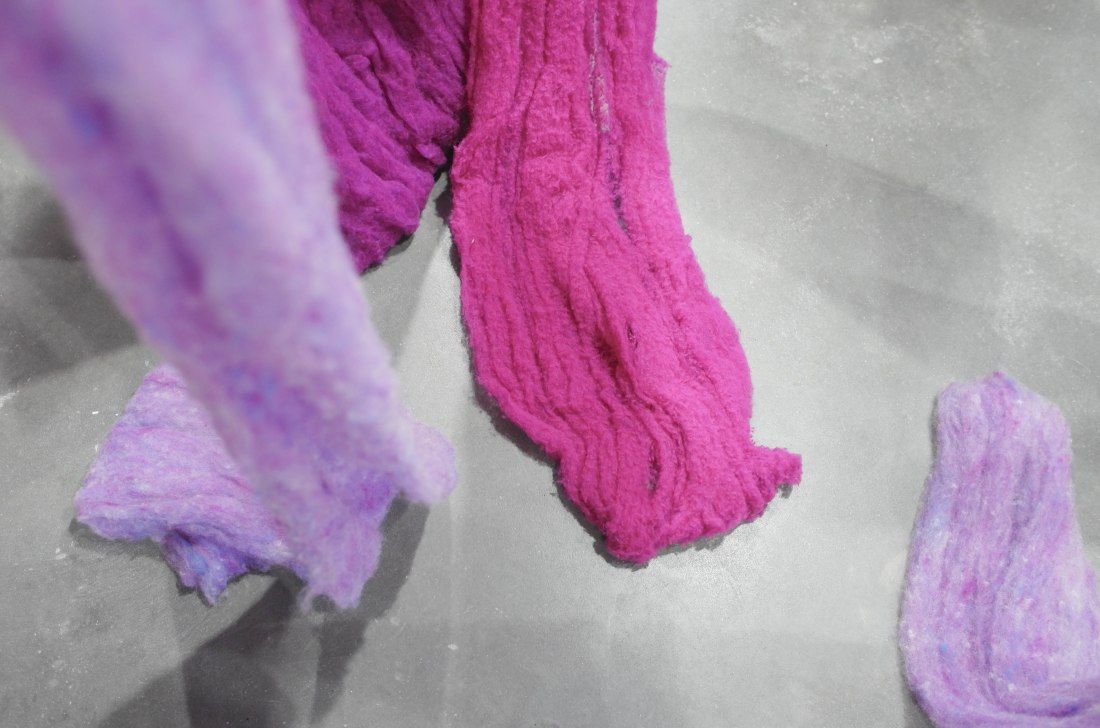 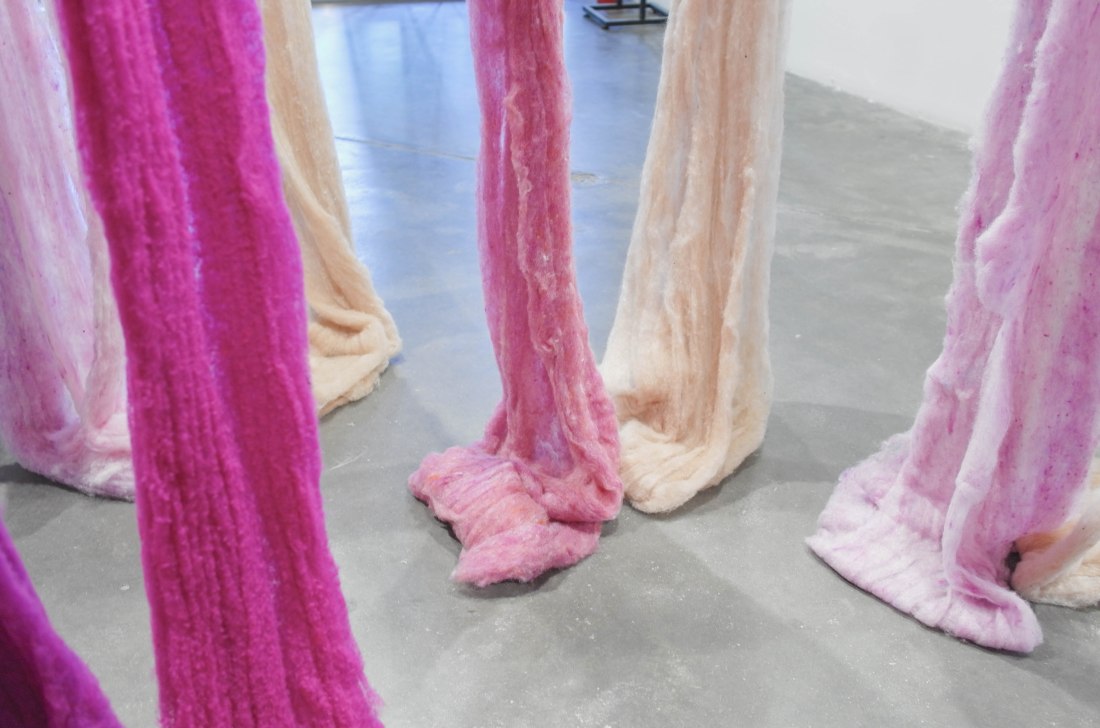 I am never sure enough if there will ever be a functional schema that can detain the totalitarianism of “maximum power,” but I’ve always found Vicuña’s works on environmentalism to be encouraging. She reminds us that the heart of ecological preservation must pump out the blood of colonialism (and its displacement of peoples).

If colonialism is the thirst for expansion of power, then (ecological) preservation must work to deter its (colonialism’s) reach. This means elevating people — all people — displaced people, undocumented people, discarded people, colonized people, poor people, uneducated people — to the same status and urgency afforded to ecology.

I recently saw National Geographic post a photo of consumption of bushmeat in African countries. The post, captioned with a voyeur’s ferocity, fully exploits the ignoble savage narrative: “To me it was horrifying to watch how its once lustrous fur was singed and its limbs chopped off, and how, slowly, this once magnificent animal became just another piece of meat.”

This caption is bursting with pathos. It cries out for the animal, and is hashtagged to advocate for the preservation of our world’s biodiversity. It’s a kind of advocacy that offends no one “reasonable.” One that flattens power differentials. Green imperialism.

What of the history of an entire continent’s displacement through colonialism and slavery, using the eerily similar rhetoric (to save the savage locals from a degrading and brutal life)? The pillaging and abject poverty that ensued? How did these lead to a subsistence hunting/game diet, that then expanded into commercial hunting and slaughtering?

Why couldn’t Nat Geo include these notes into the same post?

Because this line of questioning would switch the discourse from “rescue” or “preservation,” to “reparations.” Or at least blur the line.

It is also a sweet fantasy to imagine “saving” a depopulated (third) world, whose wellbeing refers to only flora and fauna and not actual human beings, where one imagines “the world” as a pristine and healthy greenhouse, accessible as if it werein one’s backyard, and preserved, contained, and exhibit-able as if it were one more prized collectible to show one’s visitors.

What kind of a world is that?

Is this tension what Cecilia calls “the precarious”? 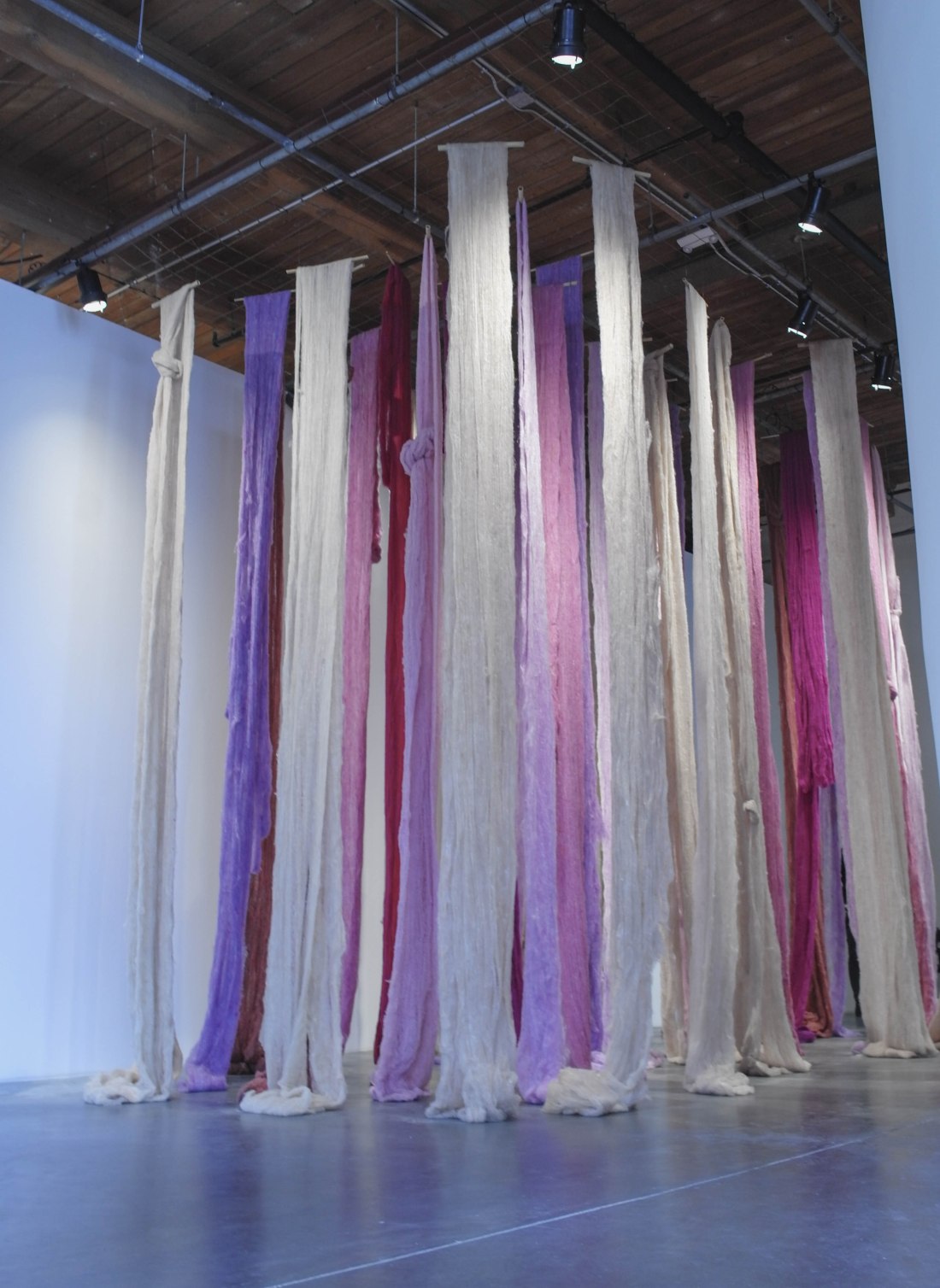 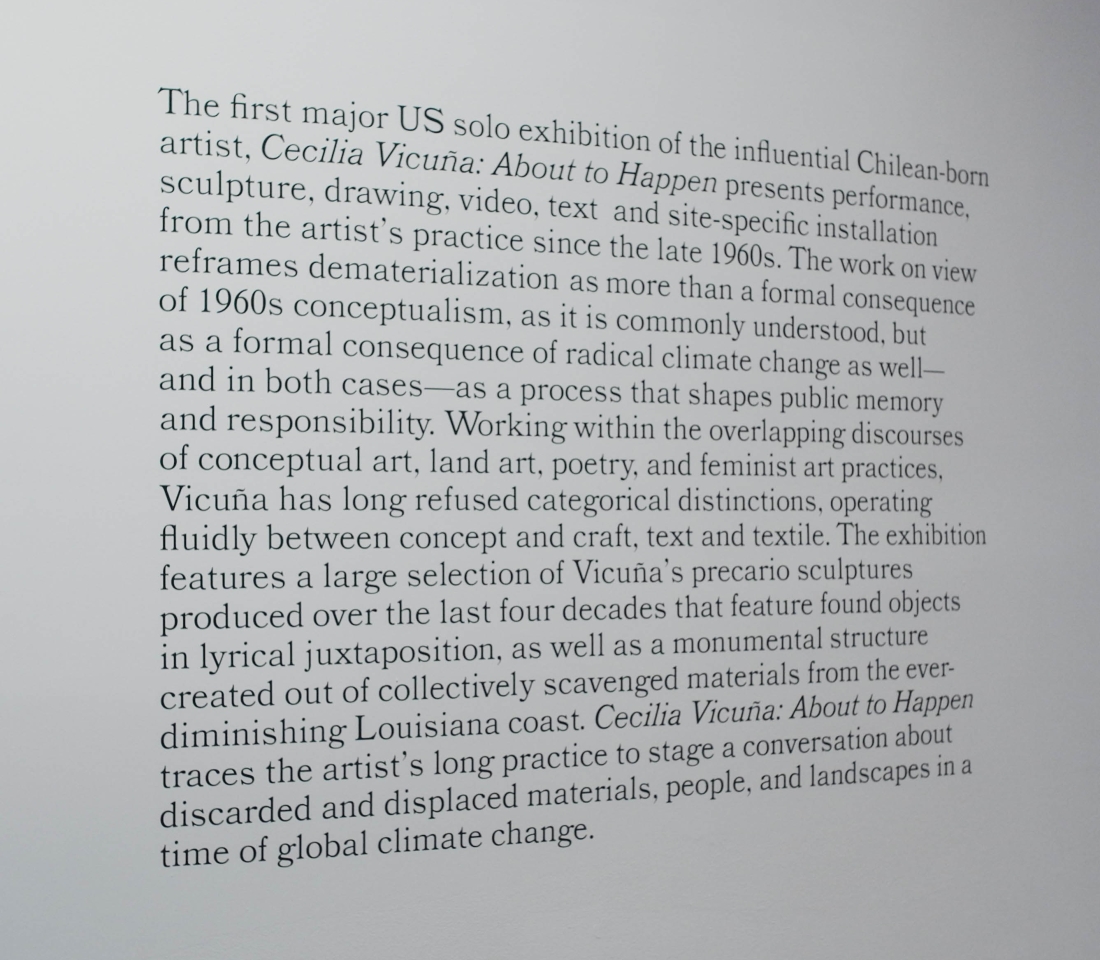 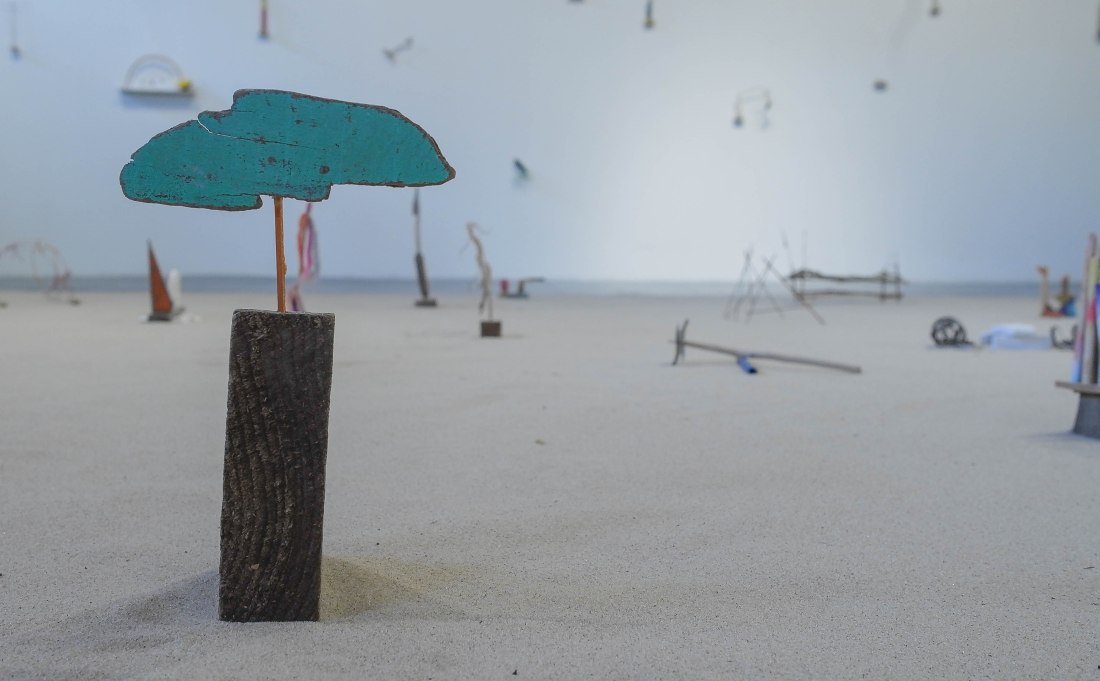 There is, after all, immense precarity in breaking open the category of “ecological preservation” to include ANY discourse on power. It is discomfiting to identify oneself to the one causing disharmony to nature.

We mostly do it in a neoliberal-harmless mannerism of “oh dear I consume and create so much trash,” or “I must try to offset my carbon footprint.” In this version, nature is faceless and people-less.

“As a child I played on the beach, my hands and feet blackened by oil. // One day I felt the wind encircle my waist like a snake; I turned around and realized the sea, the sun, and the wind were aware. // Undone by the living awareness, I melted to the ground. // I picked up a stick and planted it in the sand. // El palito became the Buddha, / and I became debris, / a basurita on the beach.” 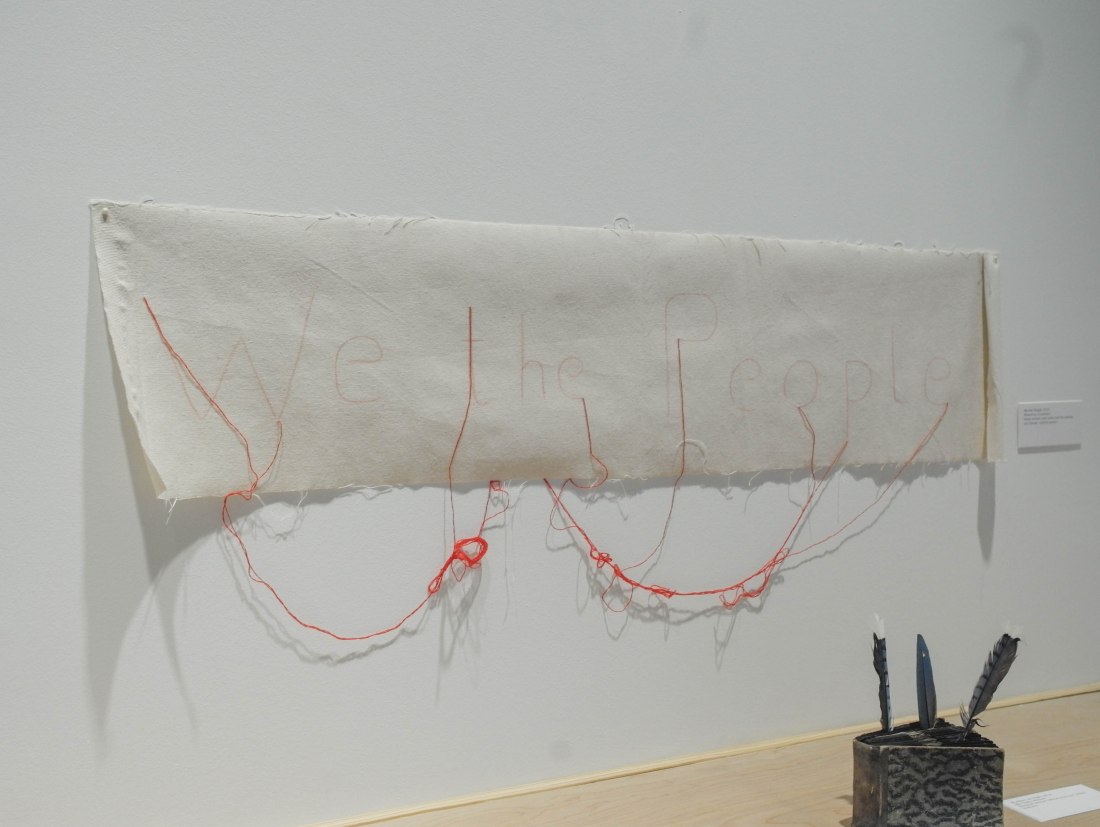 The basurita, little rubbish, on the beach, instructs us to look for who is doing the discarding and deeming something as “a rubbish,” who is picking up the rubbish in a rescue effort, and who is failing to connect the dots between the two parties. 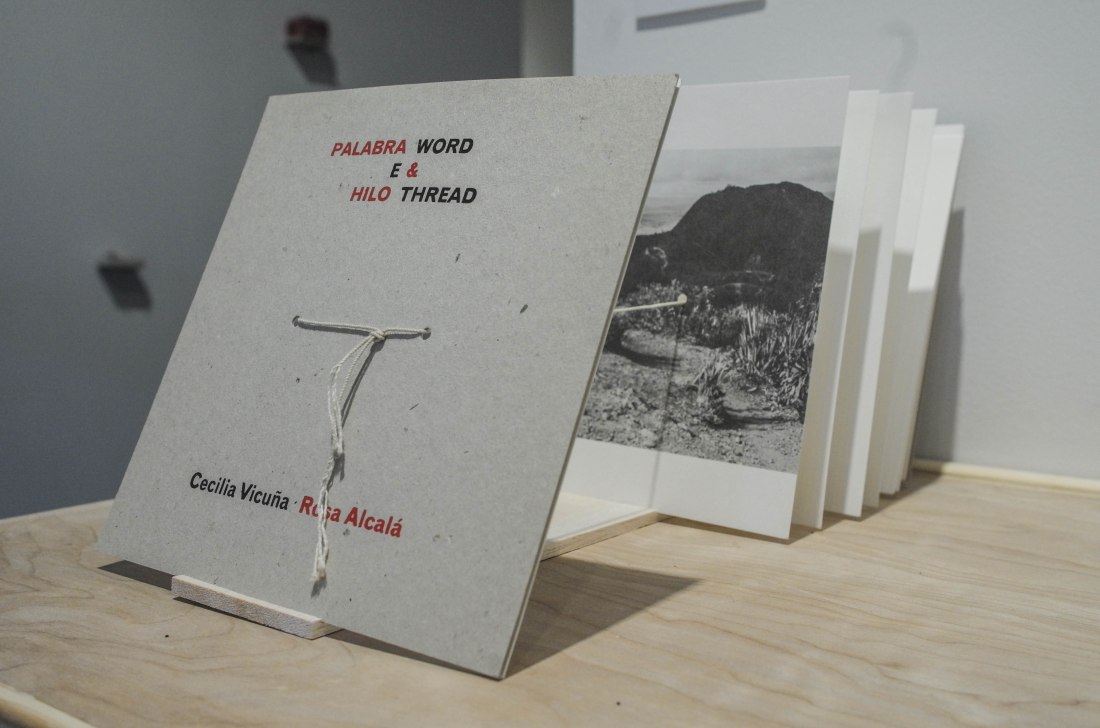 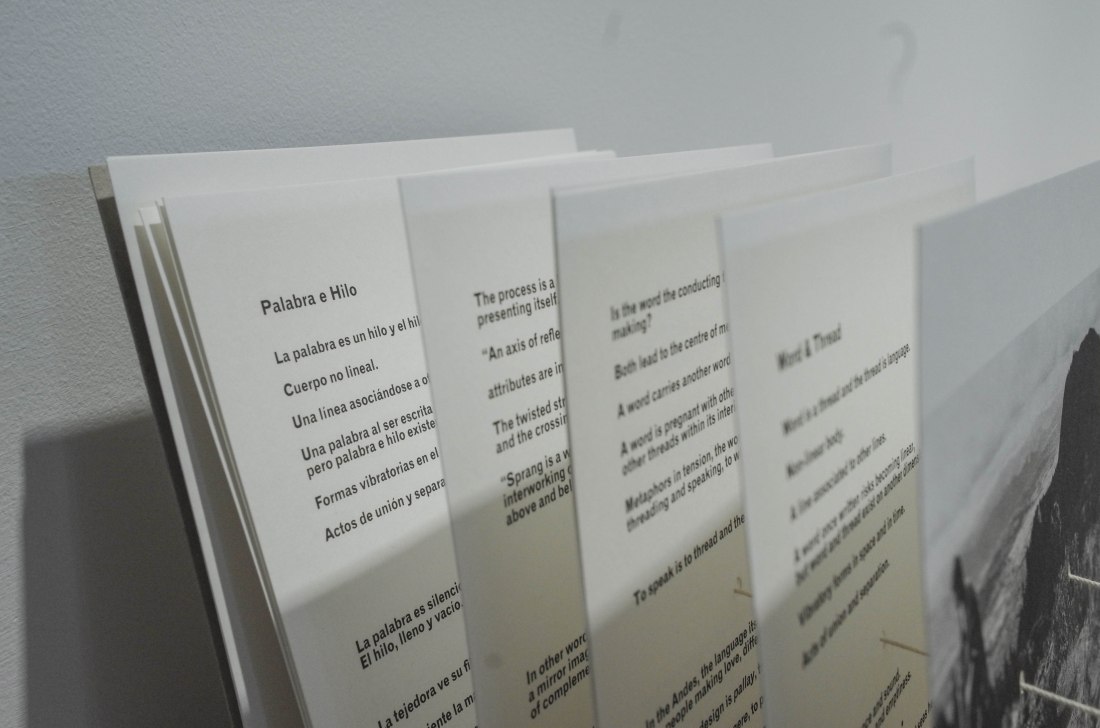 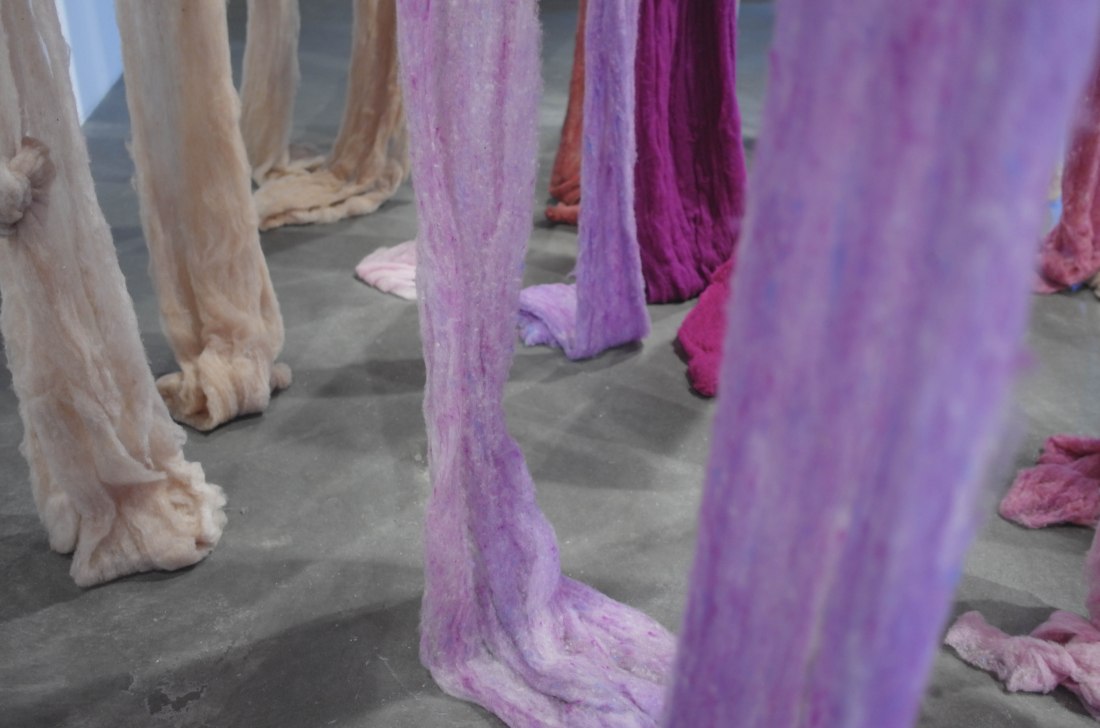 [All photos taken by me at Cecilia Vicuña’s About To Happen exhibit at the Contemporary Arts Center of New Orleans.]

View all posts by Grace